Take a floor-filling London soul man. Add a golden-voiced Southern States storyteller. Throw in a fast-rising Philadelphia based singer/saxophonist. Then hold on to your hats. Recorded at the 14th February 2017 in the Hirsch Club in Nuernberg, the most varied Blues Caravan comes back to life. 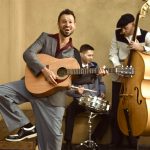 You can rely on Si Cranstoun to move your feet. Inspired by the vintage soul of Jackie Wilson and Sam Cooke, this charismatic British bandleader has graduated from an apprenticeship busking on the streets of London to the head of the vintage R&B scene. You hear hip-shaking original material from last year’s acclaimed Old School album – plus fan-favourite singles like “Coupe De Ville” – delivered in a voice like sunshine. “It’s most important that I don’t come off as an imitator,” Si explains, “and also that the song I’m singing has a kick-ass melody, whether it’s my own or on loan. I love to play ‘Old School’, ‘Coupe De Ville’ and ‘Run Free’, as they get the crowd going. 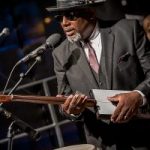 Some say that great American bluesmen are a dying breed. They’re wrong – and Big Daddy Wilson is the proof. Born in North Carolina, his astonishing backstory includes several years of service in the US Army, followed by his discovery of the blues and relocation to Germany. In 2009, Wilson’s Ruf debut Love Is The Key showcased a voice that could stop traffic, and since then, his career highlights have included victory at the 2010 German Blues Challenge and recognition for his acoustic work with the title of Best Blues Artist at the 2014 Blues In Germany Awards. “For my Blues Caravan performance,” he says, “you can expect that I’ll be true to the BDW storytelling vibe and having a lot of fun. What’s very important to me is to be able to connect with people. Write songs that everyone can relate to and make someone smile.” 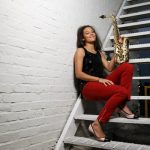 Vanessa Collier is going places. A graduate of the Berklee College Of Music, Vanessa’s pure vocals and stinging saxophone work saw her light up stages as part of Joe Louis Walker’s band, while her 2014 debut album Heart Soul & Saxophone was declared “magnificent” on Dan Aykroyd’s blues radio show winning her accolades as a Best of 2014 Blues Breaker. With her original songs and onstage charisma, Vanessa’s set is a high point of the Blues Caravan, while she’s looking forward to turning up the heat alongside her fellow performers. “I think that wonderful things happen when you get more than one artist in a room,” she explains. “With Big Daddy Wilson, Si Cranstoun and me, we all have our own styles and personalities onstage that will meld well together. 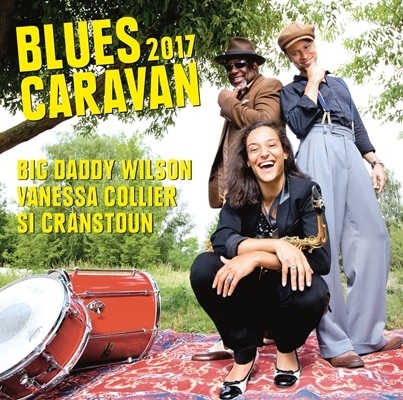